Why every Golfer should care about The Open Championship 2015? 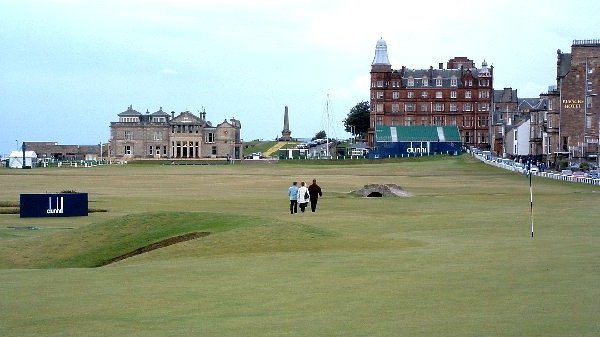 Why you should care as a golfer? –

– Because St Andrews Links, consisting of 7 publicly accessible golf courses including the Old Course, is considered the home of golf (if you didn’t know that, we don’t know what to say, but now that you do, congratulations, you’re a REAL golfer now)

Fact 1: Golf has been played at St Andrews Links for 600 years. In 1552 Archbishop Hamilton’s Charter recognised the right of the people of St Andrews to play golf at the Links (source: www.standrews.com)

– Because a trip to St Andrews is nothing short of a religious pilgrimage for a golfer, so worship it via television while you plan a trip (Heads Up: Tee bookings at St Andrews Links usually have a 1 year wait list)

Fact 2: More than 230,000 rounds of golf are played on the seven courses each year with around 45,000 being played on the Old Course alone (source: www.standrews.com)

– Because playing at the Old Course looks like you’re playing in The Shire from the Lord of the Rings, which is pretty cool to watch

– Because history may be made if  21 year old Texan, Jordan Spieth, wins a third Major in a row after clinching the 2015 Masters and US Open, and stays on course for a Calendar Slam (Serena Williams is on course for a similar feat in the Grand Slams after winning the Australian Open, French Open and Wimbledon this year, but Jordan Spieth is ONLY 21 years old with history already knocking on his door!)

Nuf’ said 🙂 Enjoy the golfing action from The Open Championship, and when you’re feeling pumped up and inspired, come hit the bays at Hamoni Golf Camp!