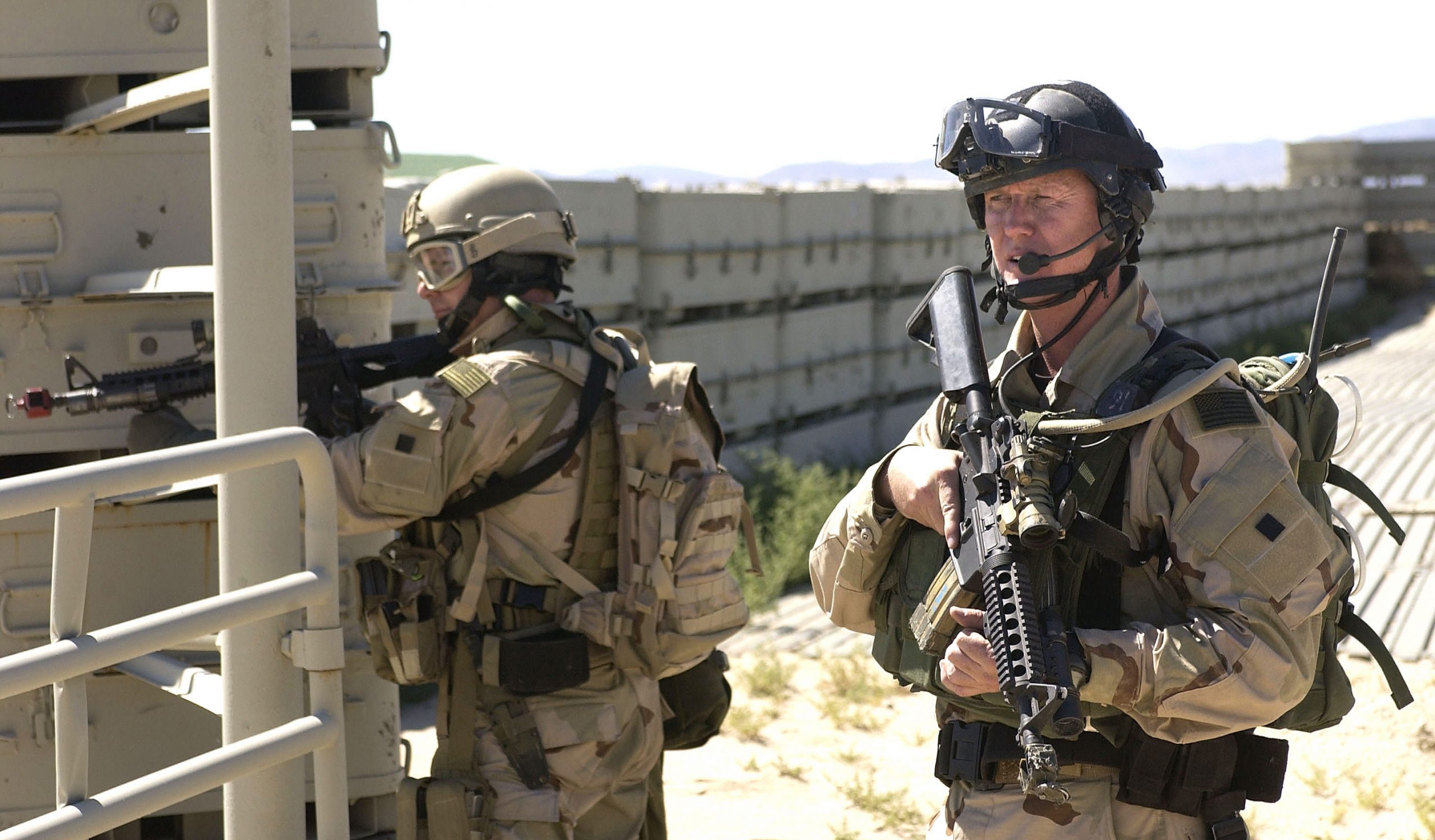 The United States Navy SEALs are considered one of the most formidable military forces in the world. Trained to operate in all 3 terrains (Sea, Air, Land) for which they are named, the SEALs’ profile soared globally after 1 May 2011 when a SEAL team killed Al Qaeda Chief, Osama Bin Laden, in Abbotabad, Pakistan.

On the onset of their journey to becoming “Frogmen,” candidates undergo a gruelling 24 week training programme known as Basic Underwater Demolition/SEAL (BUD/S). 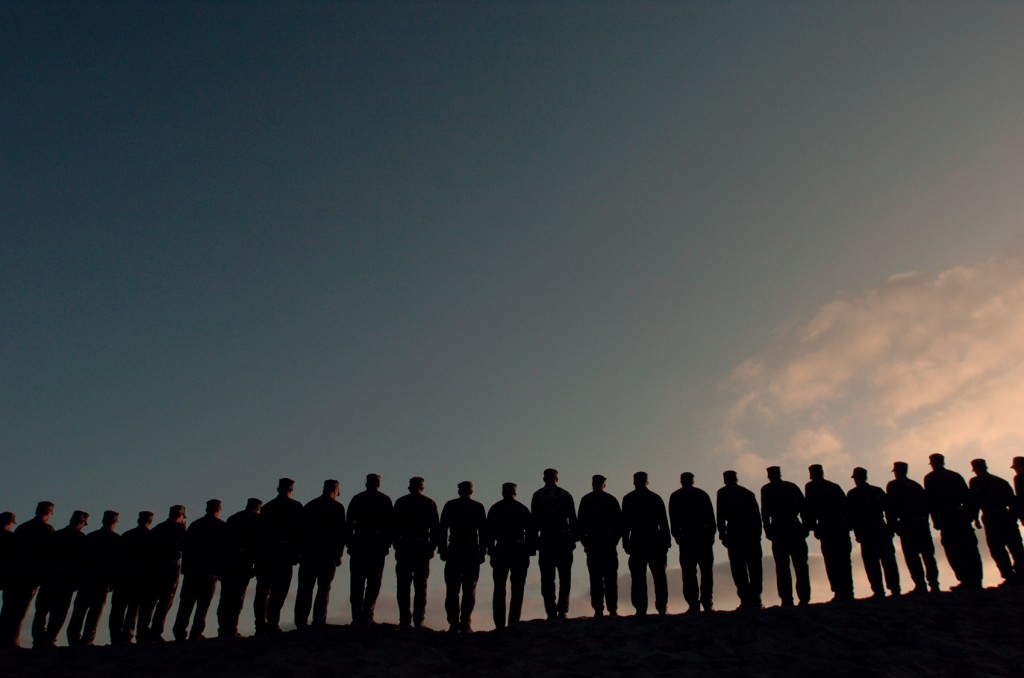 Photo: During Hell Week, a line that started with more than 100 people will drop to half that and the final number of graduates will be less than a third of those who began. Photo by PH1 Shane T. McCoy (Source: Wikimedia Commons)

BUD/S is considered the toughest military training programme in the world, during which the candidates are tested severely on their physical and mental mettle by their instructors, who look for any signs of weakness. More than two thirds of each class drop out before the end of training. The ones left standing are always the ones with the discipline and physical/ mental strength to endure the stress and carnage inflicted on them over 6 long months, and eventually in subsequent trainings!

What’s so tough about BUD/S training; watch this video to find out!

In competitive golf, to succeed, a golfer must possess similar elements that BUD/S instructors look for in future SEALs – discipline, motivation and physical/ mental strength; with them you can overcome bad shots, hazards, fatigue, chasing competitors and pull off ‘miracle’ shots, clutch putts on the way to victory. Off the course, those elements help overcome challenges and pitfalls on the practice range and in your personal life.

So what can a golfer learn from the Navy SEALs, some of the best practitioners of mental resolve, physical strength and discipline? Tune in to the video below of Admiral William H. McRaven delivering the commencement speech at his Alma Mater University of Texas at Austin. Admiral McRaven is a Navy SEAL himself and is now most famous for planning Operation Neptune Spear, the Navy SEALs military operation that killed Osama Bin Laden.

In his speech, Admiral McRaven shares 10 Lessons from his BUD/S training experience that can help you “change the world” or as we see it, to succeed as a golfer.

1. Make Your Bed – By completing this small task every morning, you begin your day with a sense of accomplishment that will empower you to accomplish more tasks over the rest of the day. “Moreover, this reinforces the age old wisdom that the simple things in life matter, if you cannot do the little things right, you can never do the big things right.”

2. Find Someone to Paddle With – Like the boat crews in SEAL training who must paddle together to beat the waves, you will also need a support team of friends, family, teachers, peers/ colleagues, and sometimes even strangers, to help you succeed.

3. Measure a Person By the Size of their Heart, Not their Flippers – Just like SEAL training, golf is a great equalizer; “nothing matters but your will to succeed.” Success therefore comes in all shapes and sizes and backgrounds, as long as you yearn to win and succeed.

4. Get Over Being a Sugar Cookie – Sometimes no matter how hard you try or prepare, you’ll still end up as a “sugar cookie”, like the SEAL candidates who fail uniform inspection no matter how hard they prepare and are punished with a dip in the icy water and a roll around in the sand (‘Sugar Cookie!’). The lesson is simple though – sometimes your best efforts and sacrifices will fall short of the mark, but to succeed you must dust off the sand and “keep moving forward.”

5. Don’t be Afraid of the Circuses – SEAL candidates who fail in meeting expectations for obstacle courses, runs, swims and other tests, are required to show up for a ‘circus’ at the end of the day for 2 additional hours of calisthenics, which often leads to more failures due to fatigue. But eventually those candidates with the extra training got stronger. So while failure can be demoralising and painful, eventually those failures make you stronger!

6. Sometimes You Have to Slide Down the Obstacles Head First – The most challenging obstacle in SEAL training is the “slide for life;” a 200 ft long rope tied from a 30 ft 3 level tower on one end and a 1 level tower on the other. Most would hang under the rope and slowly pull themselves down the rope, but once a candidate went down fast on top of the rope, head first and broke the obstacle course record. To succeed, sometimes you have to take the unbeaten path no one else have ventured down!

7. Don’t Back Down From the Sharks – In night swims, SEAL instructors eagerly warned the candidates of the sharks lurking in the waters. But they were also told that if a shark began circling them, they should not back down or be afraid but stand their ground. And if the shark advanced towards them, they should punch it in the snout and it would swim away. You have to stand up to the bullies, competitors and other such sharks blocking your way to success.

8. You Must Be Your Very Best in the Darkest Moments – Under the ship keel during night mission training, there is complete darkness and the noise of the ship is deafening, which can leave SEAL candidates completely disoriented and panicked. But to succeed, SEAL candidates have to be calm and composed and draw on their physical/ mental strength, just like any golfer facing their darkest moment on the course, with failure and panic lurking in their minds.

9. Start Singing When You Are Up to Your Neck in Mud – At the Mud Flats, SEAL candidates were left neck deep in cold mud and icy winds for the night, while their instructors hounded them to quit. It seemed completely unbearable until one of the candidates started singing; eventually, the others joined in and suddenly the mud and winds ‘felt’ a little warmer and more bearable. Even in the worst of situations, hope and positive affirmation can bring warmth and comfort, and help you overcome the ordeal and push towards success.

10. Don’t Ever, Ever Ring the Bell – As a dramatic symbol for failure, a brass bell hangs in the middle of the SEAL training compound; to quit, a candidate simply has to go ring the bell which everyone can see. As Albert Einstein put it, “you never fail until you stop trying,” so to succeed make sure you never, ever “ring the bell!”